This site doesn't support Internet Explorer. Please use a modern browser like Chrome, Firefox or Edge.

People Who Do This Succeed (While Others Fail)

Studies show that the reason why some people are natural magnets for success.

Is not some magical gift you're born with but rather something simple that can be learned and applied by anyone to fast track their success..

While at the same time boosting our confidence and mental resilience to tackle and overcome daily challenges that block our path to greater success. 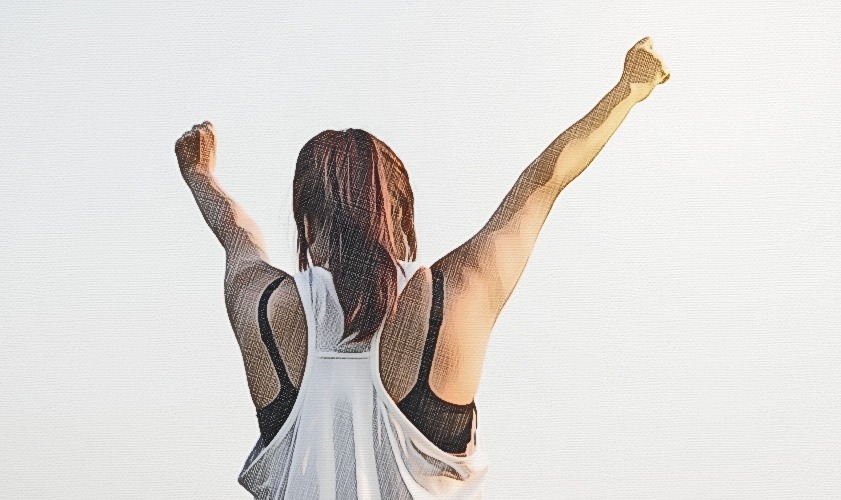 Here is how to unlock your untapped potential and reach profound levels of success easily. 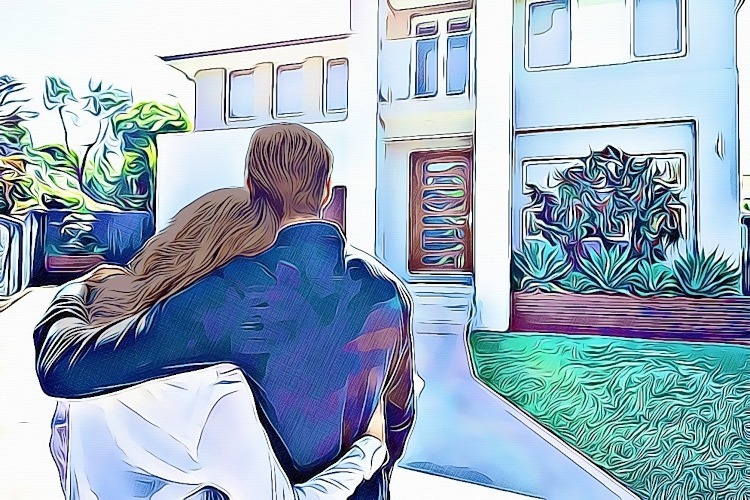 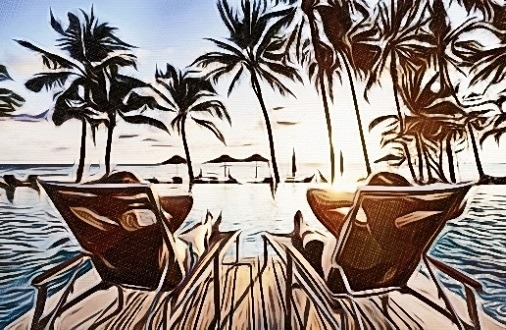 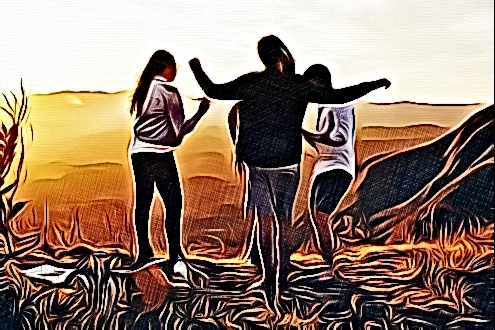 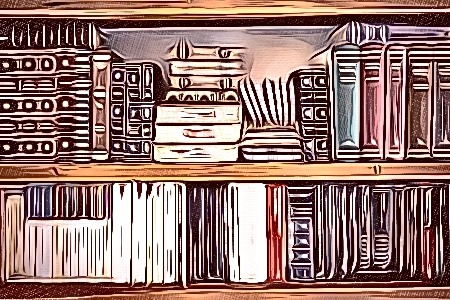 “Motivation is what gets you started. Habit is what keeps you going.” ― Jim Ryun

A lot of people ask me, “What makes someone successful?”

Whenever I get this question, one story always comes to mind.

Stephen King is one of my all-time favorite authors. But it’s not just because of his books or unique style of writing.

He started writing short stories when he was 12.

However, he didn’t get his big break until he got married to his wife Tabitha!

So that meant Stephen had to endure YEARS of rejection. He got turned down so much that he made a habit of collecting his rejection letters which he nailed to the wall.

It got to a point where he had to get a bigger nail to hold the letters that continued to pile up. Eventually, Stephen’s rejection letters came with a personal message, telling him not to give up on his dream.

And when he finally got around to writing the draft for his first book, “Carrie”, Stephen dumped it in the trash because he thought it wasn’t any good.

As fate would have it, his wife came across his discarded work while she was cleaning up.

Tabitha urged Stephen to finish what he started because she believed in him.

With a newfound sense of determination, he finished the book - and the rest is history.

If Stephen didn’t have the habit of powering through rejection (and a loving, supportive wife by his side), he wouldn’t have found the success that eluded him for so long.

While meeting obstacles with a “can do” attitude is an important habit, there’s a handful of other ones that will take you where you want to go.

Here are the Top 5 Habits to Help You Succeed in Anything You Do:

#1: Don’t make money the only criteria for success

T. Harv Eker shared a couple of priceless insights in his book “Secrets of the Millionaire Mind” which made a huge impact on me:

• “Just realize that no amount of money can ever make you good enough. Money can’t make you something you already are.”

Interestingly enough, I came across a Forbes article that echoes the same idea. It talked about the biggest factors that motivate employees.Two of them strongly resonated with me:

• Productivity suffers when workers feel they aren’t paid enough. Worse, they’ll get caught up with feeling resentful towards the company.

• Using money as the only reward for performing well tends to backfire. Employees who feel creative when doing a task are more motivated and empowered.

Money helps you function on a basic level, pays the billsand lets you enjoy life.

But clearly, it’s NOT the sole reason for being on earth.

And like Eker said, money can only get you so far.You know this too.

I’m willing to bet that the most wonderful experiences in your life had little to do with how much you had in your wallet at the time.

That’s why a finite and fluctuating resource like money isn’t the SUM of your achievements.If you put a price tag on everything you do, or your self-worth…

…you’ll end up like a dog chasing its tail.You’ll never catch it, and it’ll wear out your soul in the process.

So as you work on making your goals happen every day, remember that money shouldn’t be your only focus.Develop a more balanced, holistic outlook on success, and you’ll be more likely to get it.

Building on what we just talked about, money is only one of the many resources to help you accomplish your ultimate goals.

In the game of life, knowledge is one of the most powerful assets you’ll own.

A HUGE part of success is continuously educating yourself, as well as the endless process of learning.

For instance, studying from the masters is a great way to get a leg up on the competition.

Whatever it is that you want to do, chances are someone’s already done it before. This is not a bad thing, and you don’t have to reinvent the wheel.

The important thing is that you learn about the BASICS of a trade, MASTER it, and keep yourself UPDATED on the latest developments.

Your local library and the Internet are your best friends.

They’re your gateway to any book, course or just about every imaginable shred of information on ANY topic.

So, make a habit of learning every day. Find the spare time to pick up a book, listen to a CD on your way to work, or fire up a podcast on your lunch break.

Brian Tracy is a motivational speaker and business coach who teaches people how to be successful.

He’s also helped over a thousand companies around the world to raise their profit margins, increase productivity and blaze past the competition.

And this is one of his most sacred rules: Work all the time you work. This is such a simple and elegant principle of success that people take for granted.

If they truly understood the importance of focusing on their work, it would create a PROFOUND effect on their lives.

Cal Newport, author of “Deep Work”, sums it up quite nicely:

...to your working life designed to minimize the amount of your limited willpower necessary to transition into and maintain a state of unbroken concentration.”

And his claims are backed up by science. According to him, building a habit (such as focusing on work) builds stronger connections in your mind.

The neurons in your brain act as a circuit, and as you do something repeatedly…

…that same circuit in your head fires again and again…

…and it strengthens that particular connection in the process.

#4: Invest in your health

Eating your vegetables and working out is probably the last thing on your mind when it comes to being successful, but that shouldn’t be the case.

Most people put this area of their life on the back burner, and they SUFFER as a result.

Look, you may be the picture of perfect health as you’re reading this, but don’t rely on good genetics to keep you going.

Somewhere along the way, you could get sick. This will take a huge toll on your savings, and it could take you out of the game indefinitely.

And no matter how much you make, you can’t afford to take your health for granted.

For instance, there are too many resources out there for you NOT to learn about eating healthy.

Exercise doesn’t always have to be at a fancy gym, either. There are free or low-cost options available if you know where to look.

And don’t forget about seeing a doctor regularly. It’s better to deal with a sickness now than later on.

Mental health is important, too. Learn about the daily habit of meditation and mindfulness to give yourself peace of mind.

If you really wanted to (and you should), you have the power to take small steps to stay strong and healthy.

Starting today, ditch the excuses and take care of yourself in whatever way you can. Every little bit adds up.

Right now you might be thinking, “Yeah, I already knew that.”But here’s the rub: knowing and DOING are not the same thing.

People say all the time that they want to have a successful life, make a ton of cash and live in a big house.

Wishful thinking doesn’t cut it. You can want all those things till the moon turns blue, but they won’t happen unless you consciously decide to COMMIT to your goals.

Most of the time, people don’t get past this stage because they don’t have the slightest clue on how to go about it!

You need to first visualize your goals in the most vivid way possible. Then put it down in writing.

Think about what you want to achieve as far as the big picture is concerned.

Anchoring your mission on these basic things will give you the drive to succeed.

After you’ve spent time mapping out your mission in life, you’ll be able to break it down into smaller, doable goals you can work on every day.

Piece by piece, you’ll put that puzzle together.

But it won’t become a reality unless you commit to the DAILY HABIT of putting those pieces into place.

You’ll have days when you won’t feel like doing it. Challenges will come along that will knock the wind out of you, leaving you demoralized.

You might even want to quit at one point.That’s ok. It’s perfectly human to feel like that from time to time.

…you can make the conscious decision to get through those negative emotions.Feelings are temporary, resolve is forever.

This is why people who practice these habits seem to have this supernatural ability to attract tons of success without breaking a sweat.

But the truth is there’s nothing magical about it. Aside from their habits, they’ve got something else up their sleeve.

I’ve met a lot of other successful people over the years, and they come from all walks of life.

…or just about anyone who’s made their mark…

…they ALL have this ONE, overriding psychological trait that makes them successful.

Looking from the outside in, it’s like they’ve got a built-in magnet that attracts incredible opportunities into their lives.

But underneath the hype, it really boils down to three simple keys to unlock this inner power.

Not many people know about this - but today, I’m giving you the chance to check this out

Use these THREE KEYS to unleash your potential for abundant success

Copyright 2020 by CCPPProfit. All rights reserved.

This site is not a part of the Facebook website or Facebook Inc. Additionally, this site is NOT endorsed by Facebook in any way. FACEBOOK is a trademark of FACEBOOK, Inc. Disclaimer: All information provided is for educational use only. Proper due diligence is always recommended before starting any type of mindset education. Thank you and enjoy!